My brain muscles got a work out at work today so while they'll be superman strong tomorrow, tonight is sadly lacking in the thought department. Hence, boring title. Pictures will make up for it! 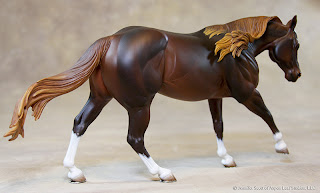 I figured I'd move into the next Colorado horse, but then I realized that every horse photo'd with the exception of Dainy Darcy in that group shot was a CO horse. Funny how that worked out. Either way, Jane's Reiner is next. 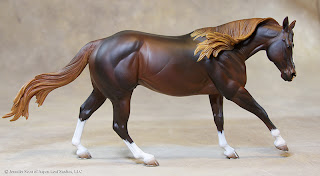 He's the fourth Reiner I started, and I've still got a few more to paint. He's another I took off the base and then added Rio Rondo slider shoes on back/reg shoes on front. And another that didn't photograph near as well as he looks in person. 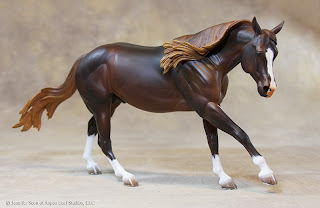 It's the layering thing. You can kind of get an idea of the depth of color in the angle shots where the eye gets a different angle through the color rather than looking straight on. 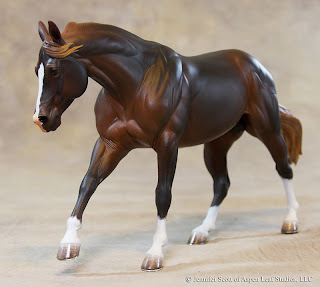 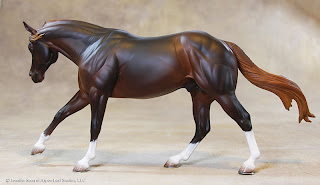 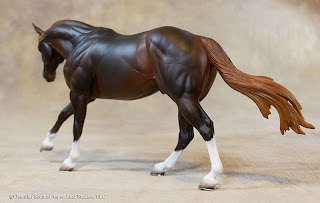 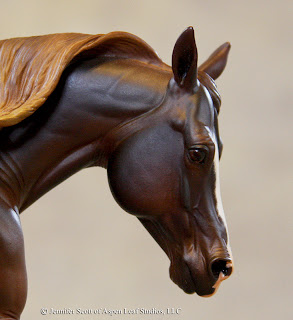 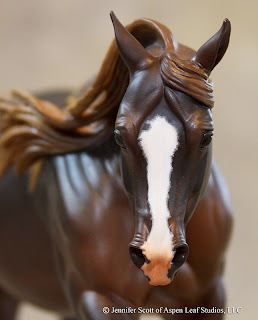 Jane and I were talking about how we both agreed that all our favorite Reiner heads had nice big blazes. They really do look good on this horse! And I kept his a little interesting with those jagged edges. 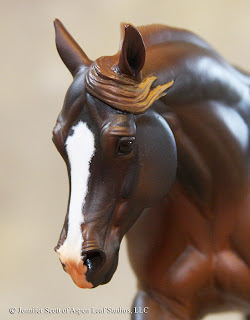