So I forgot to take a photo of it before I left it over at Mom's house, but the inside of the quilt top is fully pieced together and I'm waiting on fabric to come in for the borders and flower petals that will be put on. I do have my image of the pieces on the design board though so I'll put that up. Borders and flowers will be the same width as the squares and in the cream with dark polka dots fabric. 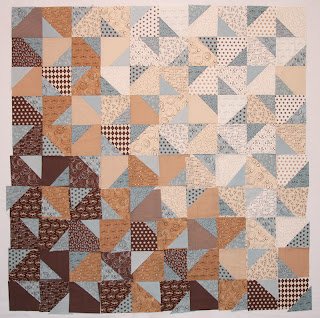 I also thought it would be fun to post photos of the Christmas cards I did for the families this Holiday. All are done in water colors with some bordering in micron ink pens. 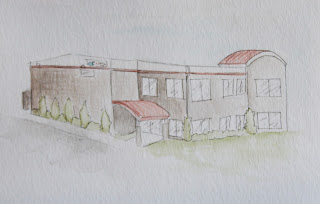 This first one is for Dad. The block of the building on the left there is his current hangar. Dad used to be an architecht and contractor and is planning on doing some remodeling to the building to include office space as well as extend some of the shop space. He gets a big kick out of illustrative renderings so I thought I'd do a quick sketch up for his card. 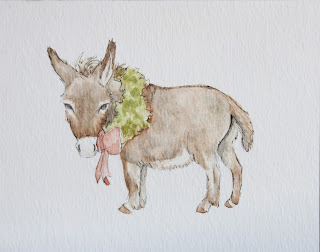 Mom's is this next one. Mom is slightly obsessed with miniature donkeys. This one is way cuter in person. 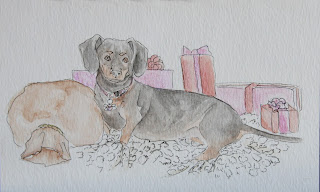 Brother Chris has a little Toy Daschund named Sydney who is just a complete Diva. So, she is sprawled on her favorite white leopard fleece blanket with her bling color and her sparkly presents. 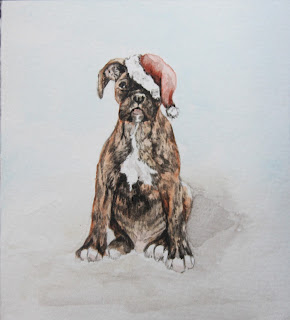 Chris is roommate joined us for Christmas as his family is in Missouri. He just bought a boxer puppy this year named Dyson. Chris insisted I should have put the hat in his mouth. 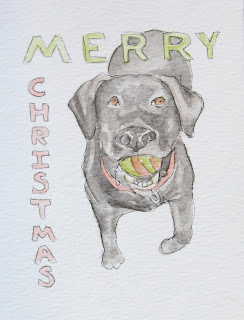 The next round of family cards is for hubby Matt's side. His sister (who's name happens to also be Jennifer Lee, only she spells her middle name Leigh) has a fun black lab who always is eating things. Hence ornament in mouth. 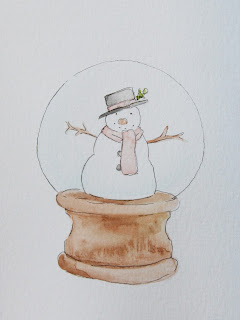 For Mother-in-Law Karen, a cute little snowglobe. Matt used to have a tradition of buying her snowglobes for Christmas before she finally demanded he stop due to her lack of space for any more. So, next best thing was the paper version. Very spacially friendly. 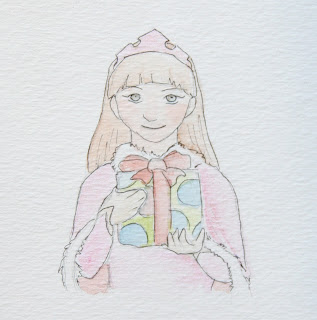 And last but not leat is Jenn's daughter Trinity. That little girl is all about her pink and princesses.
Posted by Jenn Scott at 11:19 PM