I just decided to one big (and image intensive!) studio progress share here. Believe it or not, but there are yet more things in the works that just aren't photo'd. Yes. I have been a busy beaver.

First, sculptural updates! The jumper boy is coming along quite nicely as you can see below! I've just got to finish up his legs, face, ears, and "hair" at this point. Oh, and his manly parts. Though he's a gelding so he won't be too manly. Poor guy. If his left hind hoof looks slightly different than the others, it's because it's the only one that's got a shoe on it yet! 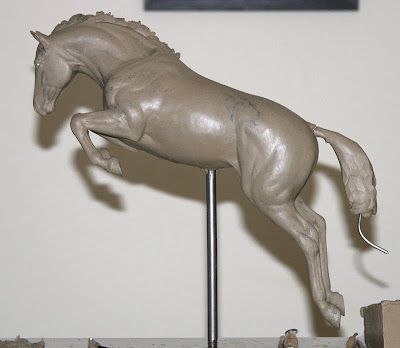 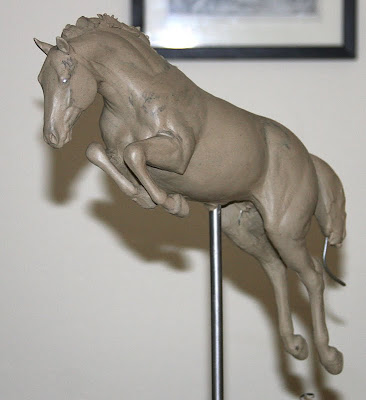 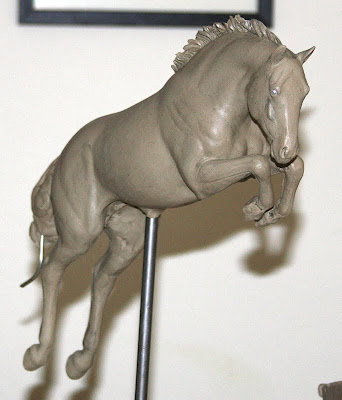 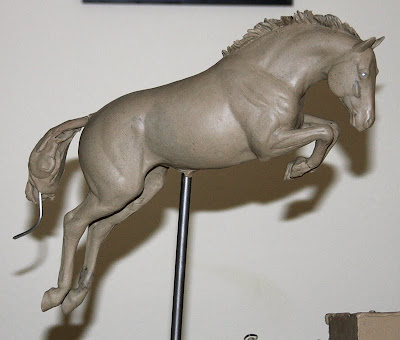 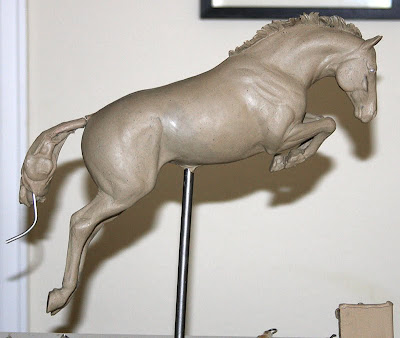 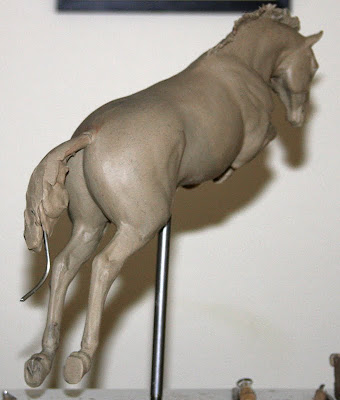 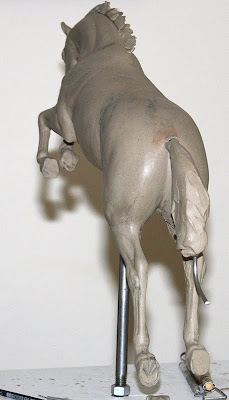 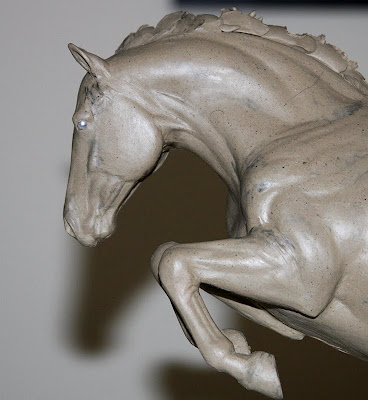 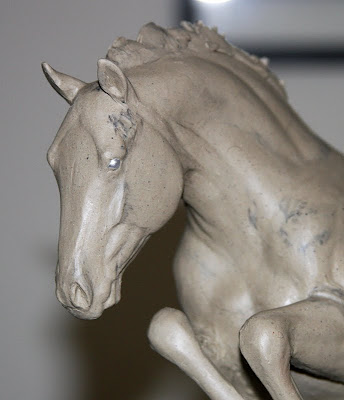 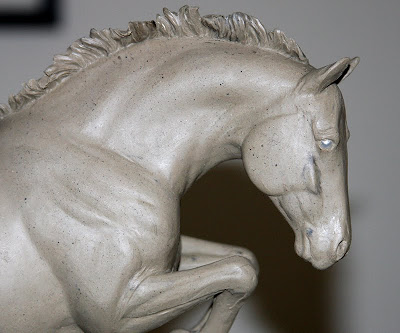 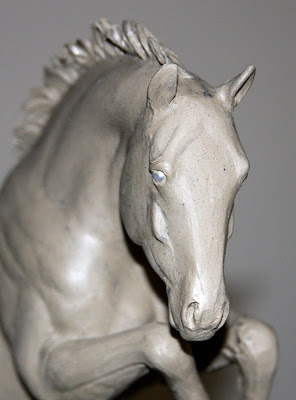 And I've decided to post a few photos of some finish work pieces I'm working on now. There are LOTS more of these guys on my shelves than the ones posted, but I had these out and looking good enough for some quick photos.

First is a lovely (and a mite squished) group shot: 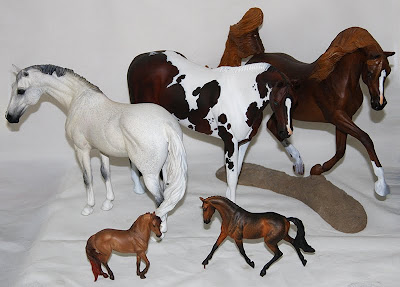 The horse on the upper left is an Eberl "Vincent" with a custom mane and tail by his owner. He's really something to see in person with a ridiculous amount of fleabites! I should have him finished tomorrow at the latest. Horse #2 is this guy: 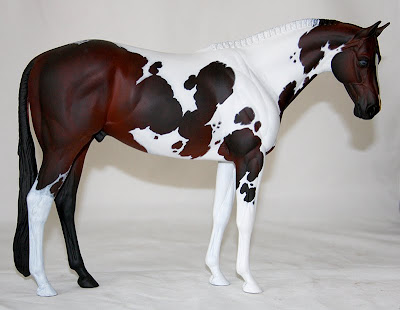 A Williams "Venator" resin who is giving me hell trying to photograph him. He's really a beautiful shade of dark dark dark dappled mahogany bay. If I get the body color perfect in a photo, the white becomes unbearably bright and contrasty. But you can at least get an idea of how cool he's coming out. He's actually one of my own that I will plan on selling when complete.

Moving on brings us to this lovely lady: 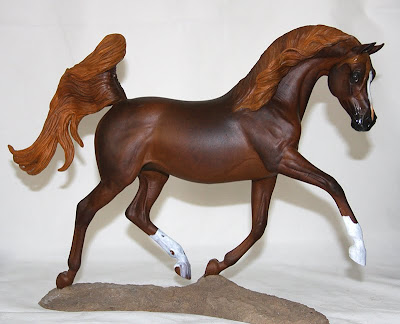 A McDermott "Persuasion" painted to a really pretty golden dappled liver chestnut. You may be able to see in the larger photo that her skin has been "oiled" too! She's another one for the sales table.

I didn't take a solo shot of the Bitty Bosco, but he's a simplistic red dun in his first layers. He's just kind of been hanging out on my table for a while, and he's someone I really need to finish to get another example of a "dun" for my very pathetic and near empty dun and grulla gallery of my website. Yet another sales piece when I ever finish him. My own horses tend to stick around in various phases of completion for quite a while before I ever come back to them.

The Dinky Duke is last on that photo, but he's really something to see in person. He's definitely not a "boring" bay! His coat has a lot of depth and richness to it. He's being done as a custom order and I should have him completed by the end of the week! 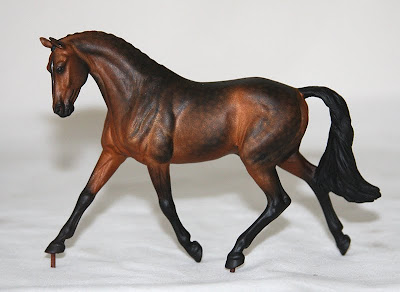 Because I felt like taking a photo of her, she got added to the group! This is mini Scarlett also in a dapple bay, only a very dark golden bay. She will be a collaboration between Sheila Anderson-Bishop and myself. Once I ever finish the body color, she'll go into Sheila's hands for white markings. She's off to the sales listings after the two of us do our 'thang'. :D 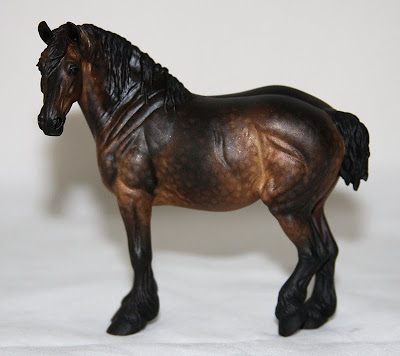 As I mentioned, there are lots of horses that got left out of my little photo shoot today, but I will be sure to not leave them too neglected for too long. You'll see them up here at some point!
Posted by Jenn Scott at 4:08 PM